Last year, the charity GeeWizz raised £400,000 for the creation of a playground at the Thomas Wolsey Ormiston Academy. This year, GeeWizz held a raffle to raise funds to further expand the playground space, add new outdoor arts related activities and increase its accessibility for pupils in wheelchairs who attend the school.   On Saturday 17th July, Robin Weaver was announced […] Last year, the charity GeeWizz raised £400,000 for the creation of a playground at Thomas Wolsey Ormiston Academy. This year, GeeWizz is raising funds through the raffle of a painting created and donated by celebrated artist Maggi Hambling CBE. The money raised will further expand the playground space, add new outdoor arts related activities and […]

Mental health care for mothers and babies ‘among best in UK’

The Norfolk and Waveney’s mental health trust has been found to be among the country’s best for caring for mothers and their babies. The Maternal Mental Health Alliance (MMHA) has rated the area as green in its latest assessment of service provision across the country, which means that the community services provided to new and […] 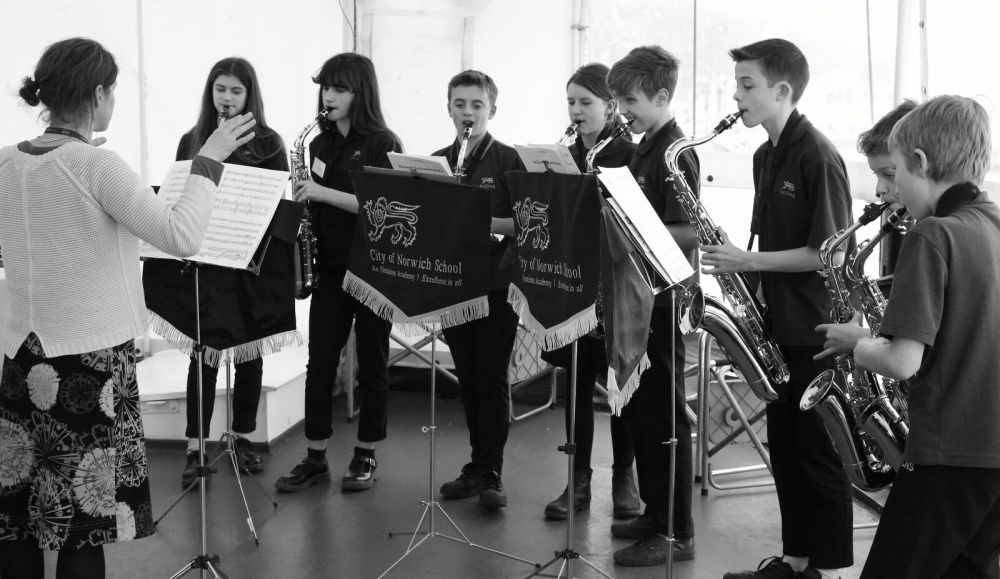 The Leading Lights project was triumphantly launched on Tuesday 27th of March just a few feet away from the Ormiston Trust offices. Where better to launch a sailing project than on a historic warship? The HQS Wellington is the last surviving member of the Grimsby Class of sloops which served the […]

On the first of February, Thomas Wolsey School, in Ipswich, joined the Ormiston Academies Trust network. The school is now officially the Thomas Wolsey Ormiston Academy. The transfer has received widespread support from staff, students, parents and the local community. The school, rated ‘Outstanding’ by Ofsted, will be the first special school to join OAT, and will […]

Students from Ormiston Denes Academy have joined with Lowestoft-based LGBT youth group BLAH, to be part of a project lead by Access Community Trust. In celebration of LGBT History Month starting on February 1, the group will perform ‘Across the Kitchen Table’ on Saturday, February 3 at 7:30pm. The performance will take place at the Seagull Theatre […] For many years, Ormiston Victory Academy has endeavored to prepare it’s students for the world of work.  They have welcomed  professionals to talk to students about their field of expertise, offering tips, advice and words of wisdom. Following a special request made by Year 10 girls at the academy, it has begun a series of working […] Health and social care pupils in year 11 at Wodensborough Ormiston Academy organised the event, inviting a total of 24 pensioners. A three-course turkey meal was cooked by hospitality and catering students before, pupils with special educational needs provided entertainment and a raffle. School medical officer, Joanne Willetts said: “The students wanted to help the […]

A student’s account on set of the upcoming Ormiston Trust film! We are currently in the process of developing an exciting short film about the work of Ormiston Trust. We have had great fun liaising with teachers and headteachers from the Ormiston Academies Trust and staff at Ormiston Families to get the film off the ground. We recently filmed some talented students at Ormiston Sir Stanley Mathews and […]